Every
Girl
Has
A
Father.org.uk

Every Girl Has A Father.org.uk

Every girl needs a dad to protect her

While every girl has a biological father, far too many girls have no dad to protect them from danger and injustice.

As the father of an 11-year-old daughter, I’ve been wondering what I’d do if my daughter fell into the hands of traffickers… And I realised that I’d sell everything and seek her to the ends of the earth.

I’m pretty sure you’d do exactly the same thing if it were your daughter, even if it cost you your life. Even if it were ‘only’ the daughter or son of a good friend of yours, you’d spring into action!

So why don't we do the same for the countless girls, boys, men and women who are trapped in forced labour or prostitution?

Isn't it about time that all the men of the world acted like real dads and joined the fight to find and liberate these people?

Will you join the search party?

This work takes great skill and dedication. So while we may not be able to join the search in person, we can at least ensure that the organisations who are doing this work have enough resources to track down the children, free them, guide them in their new lives and – crucially to deter others – prosecute the perpetrators and put them behind bars.

My dream is that we can say during this generation that : Every Girl Has A Father who stands up for her!

Hopefully you feel the same way and would like to be able to say: “I was part of the solution”. Be a protective dad today for a girl or boy who desperately needs your help.

Decide now to give, preferably with a recurring gift per month.

Whatever you do, please don't think ‘I’ll do this later’. The girls in slavery can't wait any longer. They need your help right now!

Too big a problem?

The problem is far greater than many of us realise.

Sometimes we can be part of the problem too. Where does your T-shirt come from? And that chocolate bar? Maybe you've gazed longingly at those girls behind the window in the Red-Light districts of our cities, or the streets in Bangkok, or the webcams streaming from the Philippines?

Yes, the problem is big. But I believe it is not too big!

An even greater solution!

It’s a big problem that requires an even larger solution. While brave people and organisations are already standing up for the slaves of our time, they need far more money to continue their struggle. A rescue operation can cost thousands of Dollars, sheltering and re-educating the victims many times more. The lawsuits designed to put perpetrators behind bars and deter future criminals are very expensive but there comes a tipping point where even corrupt leaders realise it no longer pays to allow public prostitution of children on their streets.

There are about two billion fathers in the world. Let's assume that 10% of those can afford to contribute financially AND want to help free those 40 million slaves and bring the perpetrators to justice. Of those 200 million dads, some can give $10, others $10,000. If we give an average of $100 dollars per year that’s $20 billion annually for this battle and those who go in search of the slaves. Join us so that you can also say to those around you, or even your children: “We’re safe and free, and that’s why we join the fight until all are free!”

Money does not buy happiness

Give now, and be like a dad to a girl, boy, man or woman who is waiting for someone to look for them and stand up for their rights!

If you have given, or even if you cannot but you still wish to be part of the solution, please share this post with people you know.

The role of Great Britain

We’re working on similar sites to this one for different countries. It’s striking that every country has a role in the story of modern slavery. Sometimes it's a positive one, at other times not. For instance, the UK does not stand out in a bad way compared to say the Netherlands, where an estimated 40% of all child pornography worldwide is hosted on computer servers. But the United Kingdom do house a relatively high percentage of the victims and criminals. ‘England’ still sounds like paradise for many underprivileged people around the world who easily become prey for criminals trying to control people and force them into slave labour or prostitution.

The good news is that the National Crime Agency is taking the issue seriously and doing what they can – which cannot be said of all prosperous countries. Check out the sections on “Modern Slavery and Human Trafficking” or “Child Sexual Abuse and Exploitation” on their website. But please be sure to come back here to donate to one of the organisations we are supporting.

No surrogates and no knights

For the sake of clarity, fathers and mothers of victims are rarely to blame for their children’s predicament. In many cases parents are actually looking for them! But the task is too big or expensive for them to succeed alone and they also face the dangers of the poor security situation in many regions. And there is also the lack of legislation and enforcement to contend with. By giving to one of the organisations mentioned, you are not becoming a surrogate parent nor replacing the birth parents. But you will be standing in solidarity with people who are looking for and liberating these children: next to the parents and the staff at the organisations.

Also, you won’t be a knight only supporting the rescue of people. It is a common misunderstanding that rescuing is the only difficult part. Recovery, however, is at least as difficult and often a much larger task for these organisations. Rescue is nothing without recovery. organisations like the ones mentioned, use many skills and resources to empower the survivors to find hope, healing, and their voice to go and protect would-be-victims by prevention programs.

Discover more about the challenges of slavery and human trafficking on the websites of the organisations mentioned. Check this site for more info about the mentioned facts, numbers and amounts. We also recommend movies like “She has a name” (2016) and “Nefarious: Merchant of Souls” (2011). Warning: these films will not leave you unchanged!

It's never quite that simple

This one page cannot tell the whole story. First, not all facts are known, and second, not everything fits on a single web page. Here are a few good-to-know points:

But please don't let that last point stop us from helping now. You don't tell someone who gets into trouble during a storm that it’s due to global warming and we need to solve that first.

We are a team of volunteers with a heart for the slaves of our time. We receive no financial remuneration and have no ties with the organisations mentioned, although we have checked as much as possible that they are reliable and effective. We don't tell the world who we are, but if you want to contact us for valid reasons or would really like to know who we are, email us at info@everygirlhasafather.com.

Set someone free today. Give below. 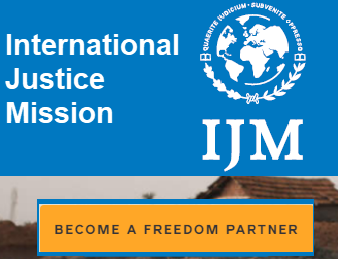 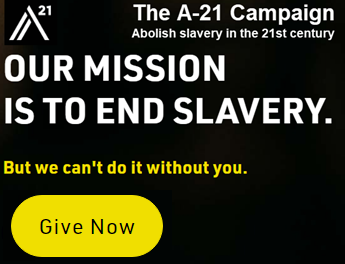 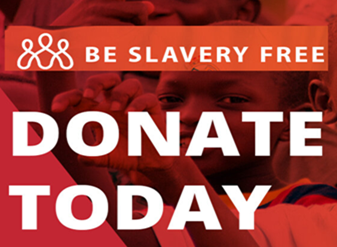 Tackling the issue at the source.